Armac Brassworks was founded by Harold McGrail in the early 1900s. Harold began his career as an apprentice in a Birmingham brass foundry during the years of WWI.

His eye for design and natural flair for using plant and equipment saw promise of a new venture and in 1929, ‘Armac Brassworks’ was formed. Despite the recession following the war, Harold worked tirelessly to secure the contracts that would ensure business sustainability in an unpredictable time.

By the time WW2 had scarred the shores of England, Armac Brassworks was one of a handful of factories manufacturing high end products. At the request of the government, all Armac staff, plant and equipment were sent to Castle Bromwich in Birmingham to assist in the building of Spitfire planes. The war effort, however, proved very costly to many factories during this period. 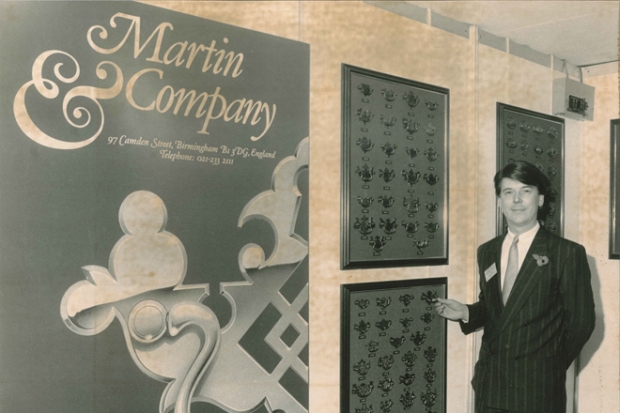 Almost all factories closed business and were never reopened. Harold’s determination meant Armac Brassworks was one of the very few to succeed.

Since the 1940s , the Armac Brassworks Group has solidly remained a family affair. Harold’s son Brian took to the helm in the 1970’s until his retirement in 1998. Bryan’s sons Mark and Paul have since taken over and to date have grown the business internationally. Their acquisitions include: Martin & Co (now Armac Martin), Bentley Brassware, Frank Allarts, H McGrail & Sons and Brass Turned Parts which all fall under the Armac Brassworks Group. At present they also have an impressive array of projects under their mantel: Buckingham Palace, Washington Library, Claridges, The Dorchester Hotel, Tamarind of Mayfair, Apsley’s, The Ritz and many more.

Paul’s second eldest son, Gregory – after working in the business for several years – migrated to Australia in 2012 and now exclusively brings this stunning product to Australian & NZ.

Subscribe to receive the latest updates from Gregory Croxford Living.

Success! You are now subscribed to receive updates.

Something went wrong. Please check your entries and try again.